First off it's the Beginning and the End 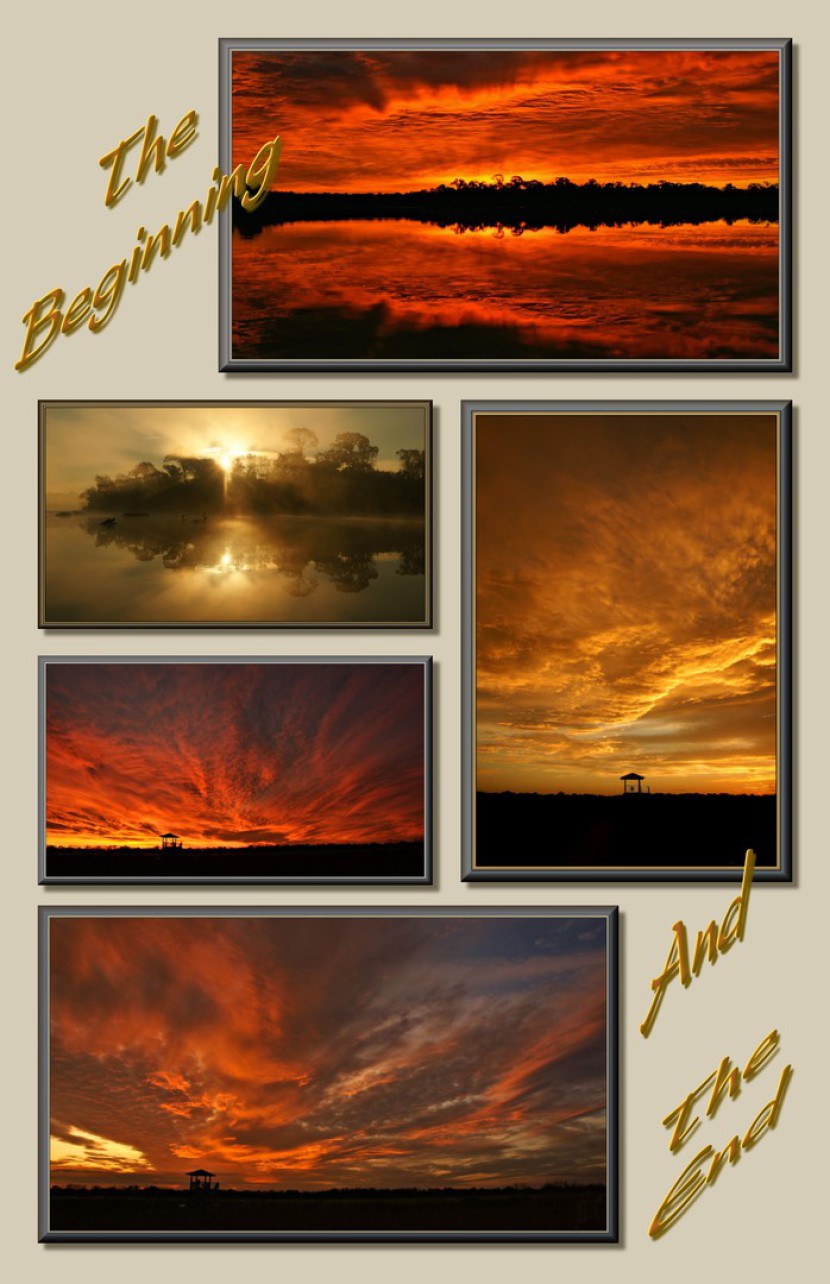 Of the day that is!! Sunrises and Sunsets have always been a huge part of my photography experience but it really wasn't until the age of the digital camera that I was really able to capture them in all of their glory. Processing 200 photos was quite an expensive proposition in order to pick the best scene, but doing the same thing in the digital age only costs me one more click on the ol shutter.  Yes, replacing a shutter is not cheap but I remember photo processing being quite expensive back in the day!!

I have always been fascinated by the color changes that occur in the sky as the sun transitions from night to day and vice versa! Sometimes there are just so many gorgeous and colorful shots that I have a difficult time trying to figure out which ones to keep and which ones to discard! I'll continue to enjoy that special time of the day and capture it to the best of  my ability. I must admit to doing a bit of cheating as my old venerable Sony A700 does a superior job of rendering those colors at that time of the day even if it is not the sharpest in the world!! Just stay tuned!

When I first took my camera to the bayou I concentrated mostly on large birds as they tended to fill the sensor up more than small birds!! I soon found a small stubby bird with one extra long neck that foraged on the banks of the bayou and found it to the most intense and determined bird that I have ever seen!!  They are not always easy to approach but if you can find them while they are foraging they offer up some of the most entertainment for the buck on the bayou!! They are also incredibly beautiful when the light catches their feathers just right! All other animals get shuffled to the back of the grid when I find a green heron to observe and photograph!  If you are more interested in these incredible little beauties you can find several albums on my Flickr site dedicated specifically to them!! Enjoy!

My Fascination with Flight

I am not sure where it all began but do know that our house back in rural south Texas was located in the path of the approach to the local airport! Planes flew over the house and since TV was in its infancy being outdoors and watching the sky was always entertaining! I might also add that our location put us between three separate Naval Air Training stations and that provided quite a bit of activity in the skies overhead as well!  I also remember going to an airshow and watching the Blue Angels fly one of their demonstrations in the old F8F Bearcats!! I was hopelessly hooked and have enjoyed watching airshows and planes flying no matter where they are. I alwasy enjoyed watching the aircraft spraying the fields for insects. The Stearman biplane was one of the most widely used aircraft and I have been fascinated with them ever since!

My first attempt to capture an airshow with my lowly Instamatic Camera turned out to be a disaster. I had a difficult time identifying which speck on the photo was which aircraft and never made that mistake again!  Tried once again when I purchased my first 35mm, but didn't have the glass nor the money to purchase it and so I continued to travel to airshows and enjoy the aerial displays!  I was finally able to purchase a 70-400 lens and finally managed to get some decent photos!  I still lack the huge long lens but do manage to get a decent capture of an aircraft from time to time.

Just in case you missed the links to On the Wing on the introductory page you can click on the Aircraft collage above to take you to the alternate Flickr site! Enjoy!